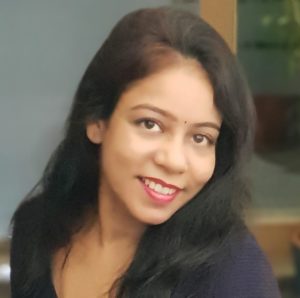 MM Sreelekha is a child prodigy who has started her career as a Music Composer at the age of 12. She has composed for her first movie with a Block Buster Musical Hit by Star Producer, Guinness World Record Holding Producer Dr. D. Rama Naidu’s “Taj Mahal”. Sreekha has composed Music for Legendary Director Dr. Dasari Narayana Rao’s “Naannagaru”(The Father) at a tender age of 12. She is the youngest Lady Music Director to compose music for a film in the world. Her first film was a super hit and got her to fame and got opportunities to score music for many films at an early age. She has composed music for Stars like Victory Venkatesh’s “Dharma Chakram”, Meera Jasmin’s “Ammayi Bagundi”,Dr. Rajasekhar’s Sivayya,Dr.Srihari’s Bhairava,Srikanth’s Operation Duryodhana,Preyasi Rave etc., and got many awards,rewards and appreciations from all walks of life. She had many musical hits to her credit. All India Great Singer SP Balasubrahmanyam, Chitra, Veteran singer S Janaki,Sankar Mahadevan,Sukhwinder Singh,Hari Harani,Shreya Ghoshal,Sunidhi Chowhan,Karthik and so many great singers sang in the composition of MM Sreelekha. Sreelekha has scored music for more than 75 films as a music director and sung around 3000 songs as a singer in 5 languages including Telugu, Tamil, Kannada, Malayalam and Hindi. She has received many awards and rewards from govt. and non-govt organizations for her achievements. Apart from South Indian Films Sreeelekha also composed for Hindi Movies. She has also composed RR Score for Hum Aapke Dil Mein Rehthe Hai !., Mere Sapnon Ki Raani, Aagaazh etc., Em Babu Laddu Kavala is the latest one released. Her family is associated with the Film Industry from several years. MM Keeravani Senior Music Director, Music Director Kalyani Malik, Writer-Director Siva Sakthi Datta, Story Writer-Director Vijayendra Prasad, and Successful Director SS Rajamouli are close relatives of MM Sreelekha. MM Sreelekha has toured the world to perform Musical Shows along with her team of Playback Singers like SPB, Chitra to the latest sensations. Her Musical Programmes got wonderful appreciations. Being the Composer and Singer, Sreelekha knows the pulse of the Audience and runs the show accordingly.